On July 13th, the Global Healthy Living Foundation, working with the Coalition of State Rheumatology Organizations and the Arthritis Foundation, in cooperation with the Congressional Arthritis Caucus, co-hosted a congressional briefing on “Biosimilars for Arthritis Patients: Challenges and Opportunities.” The goal of the event was to address the forthcoming availability of biosimilars in light of the U.S. Food and Drug Administration (FDA) not providing final guidance on the approval of biosimilars and interchangeable biological products when it comes to naming, substitution, interchangeability and, labeling. 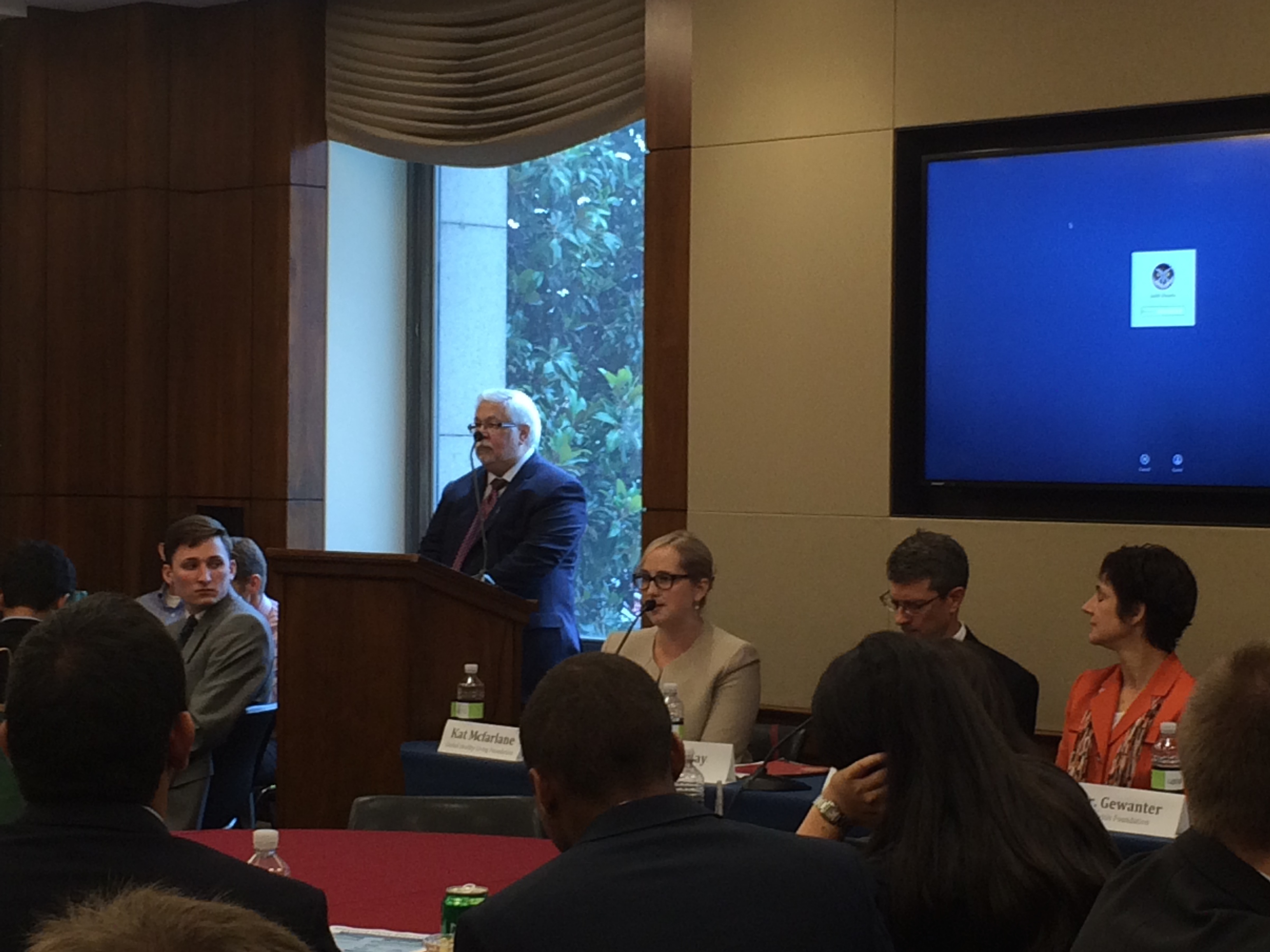 Katherine Macfarlane, a patient advocate for the Global Healthy Living Foundation, shared the success she’s had using biological products to treat her rheumatoid arthritis. Macfarlane has tried several biological medications over the past few years and expressed concern that the dramatic positive response to the biologic she is currently taking will diminish as she develops resistance to the medication, a common occurrence for patients using these products. Eventually Macfarlane will be required to switch to a new treatment. Her hope lies in the development of biosimilars to significantly increase the number of treatment options that she will have available to her over her lifetime. As biosimilars are developed and made available, she noted that her primary concern is the possibility of her medications being switched without her consent and emphasized the importance of being notified before a substitution was made so that her and her doctor could best understand her response to a medication and mitigate adverse events.

Physicians Harry Gewanter and Gregory Schimizzi shared their perspectives on the importance of tracking patient response to medications as well. Gewanter, a practicing pediatric rheumatologist, believes that biologics are a significant medical advancement for patients with autoimmune disorders but emphasized that not getting the treatment right can cause serious damage to patients. He felt that is was critical for him to know exactly what medication his patients are receiving. Schimizzi, a rheumatologist and founder of the Carolina Arthritis Association, noted that decisions about naming and interchangeability made on the federal level ultimately affect how states dispense medications and how doctors will be able to track which medication a patient responds poorly to. 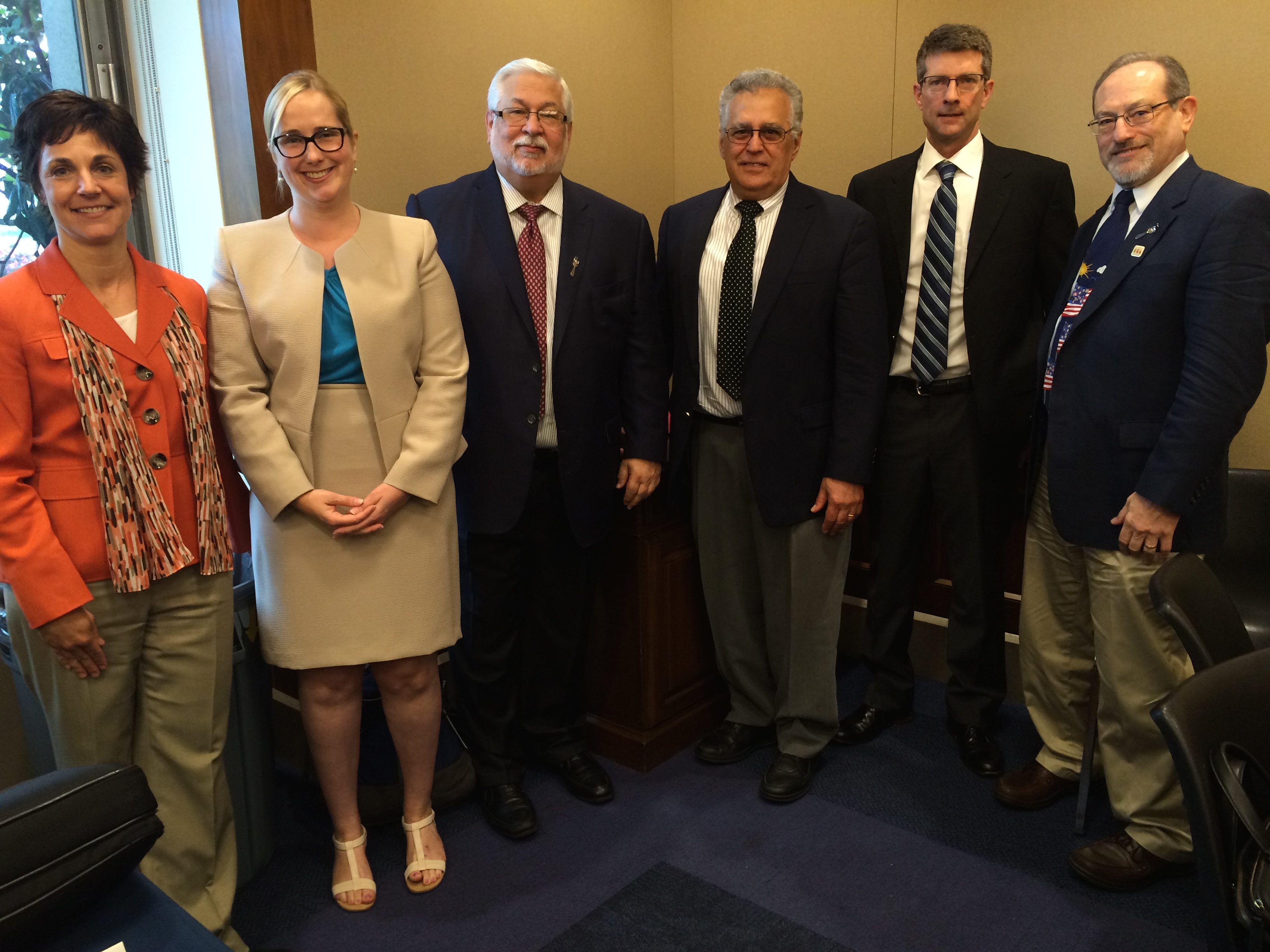 The briefing also brought together representatives of Sandoz and Amgen, two companies that manufacture biological products, to relay the pros and cons of various stances FDA could take on naming, substitution, interchangeability and labeling of biosimilars. Jim McKay, Director of Clinical Development and Medical Affairs at Sandoz, educated those in the audience, which included many Hill staffers, on the concept of variability between products and batches, and possible solutions with regards to naming so that products can be appropriately tracked. FDA recently punted making a decision on naming by assigning Sandoz’s newly approved biosimilar Zarxio the “placeholder” nonproprietary name of filgrastim-sndz. It was clear from the panel discussion that there were many outstanding questions left for FDA to address. For instance, Kim Greco, Director of Global Regulatory and R&D Policy at Amgen, pointed out that companies still don’t know whether the label on a biological product, which contains very detailed information about a medication, will be the same for biologics and any follow-on biosimilars. Greco emphasized that clear regulatory frameworks are needed to encourage companies to continue investing in these expensive products.

The event was well attended with standing room only. In the end, all eyes on were on FDA with the hope that decisions will be made sooner than later so that next steps can be taken to fully incorporate biosimilars as viable options for patients like Macfarlane.

< Prev
ALL
Next >
Accessibility by WAH